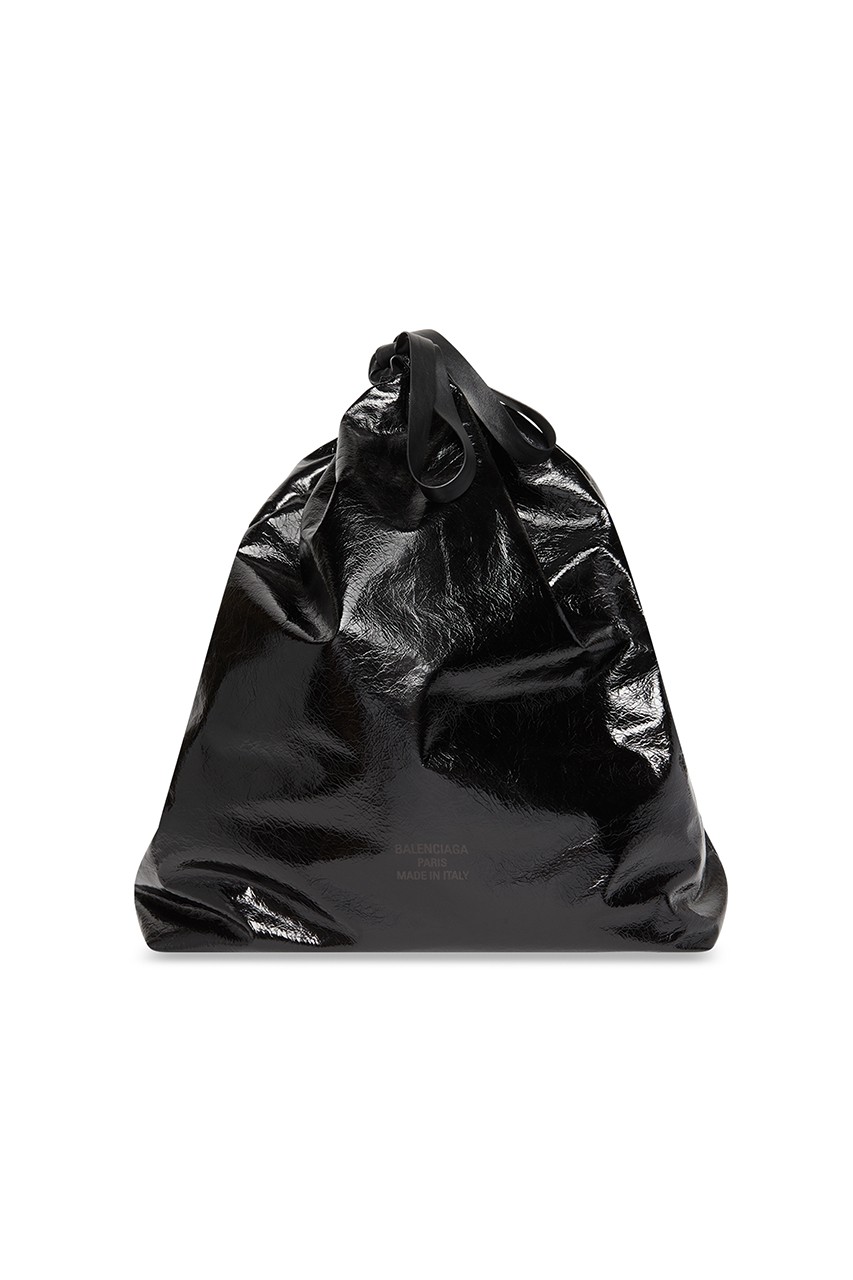 Demna‘s Winter 2022 show elevated Balenciaga from one of the most revered brands in the world to one that became respected beyond the glitterati of fashion week, as it paid respect to the ongoing crisis in Ukraine with a poem recited by the Creative Director himself and offered showgoers a custom Balenciaga T-shirt that was focused on the Ukrainian flag’s colors. Likewise, the show itself was a powerful and immersive experience, as models were subjected to freezing conditions inside a snow machine that was protected by glass, separating the guests from the models while visually articulating how it felt for Demna to flee his home country of Georgia, and similarly, how the families in Ukraine are currently fleeing from the war. And aside from the blizzard, or even the smashed Apple iPhone 6 invitation, were plenty of fashion moments that made the world stop and think — such as the Trash Pouch.

As Demna told WWD, “I couldn’t miss an opportunity to make the most expensive trash bag in the world, because who doesn’t love a fashion scandal?” Indeed, the designer has done exactly that, as this luxurious accessory is modeled on a disposable garbage sack, only here it’s made from supple calfskin leather. As much as it’s a commentary on the same threads that featured throughout the Winter 2022 show, it also notes how fashion will accept how something like this can be couture-ified; and it’s not the first time this has been seen on the runway, as Vaquera has released a puffy shell mini dress while Lanvin SS14 saw models clutch onto trash bag-like pouches.

However, Balenciaga’s effort is arguably the most tact interpretation to date. Coming in four colorways: black, white and red, blue and black, or yellow and black, we find everything from the bag’s drawstrings to the interior constructed from calfskin. A delicate coat has been added to give the accessory an irregular shininess, replicating the glossy black bags you line your bins with, while subtle branding is printed onto the front.

The Balenciaga Trash Pouch retails for €1,400 EUR ($1,790 USD) and can be bought in Balenciaga’s boutiques and online now.

In other news, Prada has dropped a padded scarf fitted with its signature house emblems.