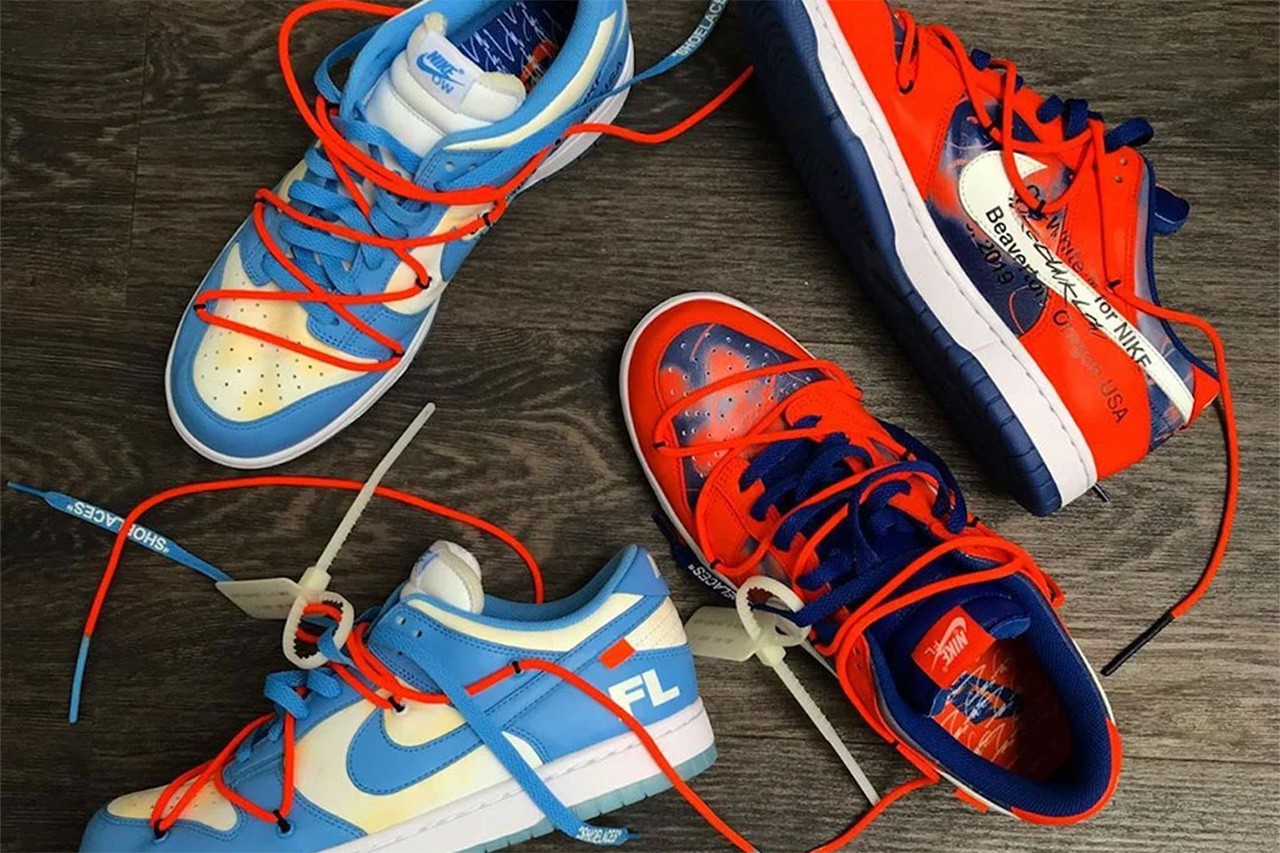 Virgil Abloh still had more footwear offerings, luxury collections, DJ sets, museum exhibitions and more to deliver to the world before he tragically passed in November 2021. And the designs that the left sitting in the vault deserve to reach the masses, especially in relation to his collaborations with Nike (NYSE:NKE +2.25%) . Thankfully, rumor has it that his long-awaited Off-White™ x Futura x Nike Dunk Low collection could actually be launching on the late designer’s birthday come September 30.

The two-piece capsule was first teased during Paris Fashion Week 2019. One iteration is inspired by the University of North Carolina Tar Heels while the other draws from the Syracuse Orangemen — two powerhouse institutions when it comes to NCAA Basketball. Futura‘s signature graffiti style is seen through the “spray paint” effects that show up on the collars, quarters and toe boxes on the uppers as well as through the “Nike Dunk Low” lettering on the medial sides which interrupts the traditional Helvetica font. Like many of Abloh’s past Dunk collabs, the laces are doubled here once again, and both pairs are styled with an extra set that’s presented in bold orange.

Expect more information surrounding its official release to arrive in the coming weeks.

Elsewhere in sneakers, the Nike Air Huarache “Resin” is slated to return